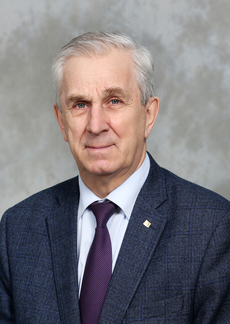 Professor Shurygin is an Honorary Worker of Science in Russia, winner of the Russian Government Award in Education, a leading Russian expert in power electronics and AC variable speed drive technology.

Professor Shurygin graduated from the Faculty of Automatics and Electromechanics of Tomsk Polytechnic University in 1971, majoring in aircraft electrical equipment, and was assigned to the TUSUR Research Institute of Automatics and Electromechanics, where his career progressed from senior engineer to Deputy Director (till 1981) and Director (in 2000), a position he currently holds. In 1999–2009 Professor Shurygin was the First Vice-Rector of TUSUR University, and since 1993 he has been the Head of the Department of Computer Control and Design Systems.

In 2009–2014 he was the Rector of TUSUR University. In 2015 Professor Shurygin accepted the post of the Director of the Directorate for Administration and Strategic Development (First Vice-Rector).

Professor Shurygin made a substantial contribution to development of the theory of electromagnetic processes in semiconductor converter-based electromechanical systems. He supervised the commercialization of over one hundred engineering systems for aerospace, heat and power, petroleum, petrochemical, metals, defense, and healthcare sectors.