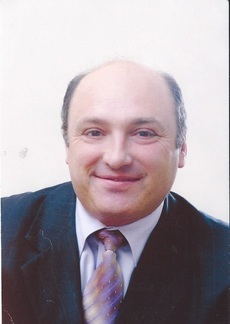 He has 33 years of teaching experience.

Since 2011 he has taught within the framework of the Russian-Swedish educational programs "Electronic Business" and "Project Management in the Innovation Sphere."

In 1992 he gave a course of lectures for students of the Faculty of Advanced Training of the University of National and World Economy (Sofia, Bulgaria).

On a part-time basis since 1999 - Head of the Laboratory of Information Technologies and Market Research of the Higher School of Business of TSU.

Since January 30, 1987 - Junior Researcher of NIC, Head of the Center for Humanitarian Research

1980-1983 - Engineer of NIC, head of the problem group Quality of working life of the economic laboratory of the Research Institute of Social and Economic Problems of the Developed Regions of Siberia at the TSU.

Since 2013 he has been the head of the master 's training program "Corporate Governance."

He is engaged in studying the methodology of economic science, studying patterns of dynamics of economic knowledge, motivation of work, accounting.

He carried out the order of the international consulting firm Ernst & Young with the participation of the International Labour Organization, the United Nations Development Programme, the European Federation of Economic and Management Consultants Associations.

It is part of the editorial board of the collection Organizational and Economic Problems of Banking Management.

Since 1999 - member of the Methodical Council of the Faculty of Economics of TSU.

Since 2001 - Member of the Dissertation Council on Economic Sciences at TSU.

He is the author of 160 scientific, educational and methodological works.

He is also the Recipient of the Tome State University Award for High Achievement in Science, Education, Literature and Art (2014).