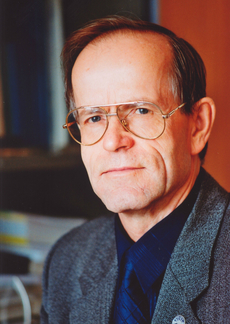 Graduation year: In 1966 graduated from Tomsk State University with a Specialist degree in Radio Engineering and Electronics and a Qualification of Physicist – Radio Electronics Engineer.

Professor Korikov started his career immediately after graduating from secondary school. In June 1959 he became employed as a communications technician at the 8th rail alarm and communication division, South Urals Railway, in Kartaly, Chelyabinsk region. Soon afterwards he was sent to study a course in electrical signal engineering at Chelyabinsk Engine Drivers School of Engineering. After graduating from the School in 1960 he continued his work at the South Urals Railway until 1961 when he started his studies at Tomsk State University, Faculty of Radio Physics.

After graduation, starting in January 1967 he worked as a Junior Research Officer at Siberian Physico-Technical Institute (SPTI), and in 1967 started his Candidate degree program at Tomsk State University. Three years later, in 1970, he defended his Candidate thesis at the TSU Dissertation Board, obtaining the degree of a Candidate of Physics and Mathematics in Theoretical Cybernetics. Starting in September 1970, he took the position of a Teaching Assistant at the Department of Theoretical Cybernetics created by Prof. V. P. Tarasenko at the newly opened TSU Faculty of Applied Mathematics, later advancing to the position of an Associate Professor. He joined TUSUR (then known TIASUR) in September 1972 as an Associate Professor of the Department of Adaptive and Optimizing Systems. In February 1976 he was appointed by the Head of Department Prof. V. Tarasenko to the position of the Head of Laboratory of Adaptive and Optimizing Systems, SPTI, to finish the first air tests of the correlation stress coordinator (CSC). The air tests have been successfully completed in 1978.

In June 1983 he defended his doctorate thesis in «Engineering Cybernetics and Information Theory» at the Dissertation Board of Tomsk Polytechnic University and was awarded the degree of Doctor of Engineering the same year. Returned to TUSUR in 1984 as Head of Department of Automated Control Systems (April 1984) and Vice Rector for Research (August 1984). He remained the TUSUR Vice Rector for Research till July 1, 1991.