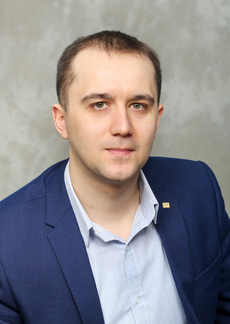 Anton Loshchilov graduated from Tomsk State University of Control Systems and Radioelectronics in 2005 with a major in Design and Engineering of Radioelectronic Devices. In 2008, he completed his Postgraduate studies at TUSUR University, obtaining the Candidate of Science in Engineering degree.

Professor Loshchilov joined the team of TUSUR University as a Technician at the Research Institute of Electronic Technology Equipment and Communications. Over the course of ten years, his career advanced to the position of Head of Design & Engineering Bureau SMENA.

From 2015 to date, he has been Head of the Department of Design Units and Components for Radioelectronic Systems. In 2019, Professor Loshchilov accepted the position of Vice-Rector for Research and Innovation of TUSUR University.

Anton Loshchilov has authored more than 100 publications, including study guides and research monographs, and holds 10 patents of invention and utility model patents, 17 certificates of software registration.  He played an active role in execution of some of the key cooperation projects by TUSUR University.  For one such project, Design & Engineeing Bureau SMENA, under the guildance of Professor Loshchilov, has designed and produced an automated control system for spacecraft information highways.